Dozens of people remain missing as severe floods hit western Germany and other parts of Europe.

The death toll from devastating floods in parts of West Germany has risen to 93, according to local authorities, bringing the total number of floods in Western Europe to more than 100, as the search for hundreds of people still missing continued.

While heavy rains hit parts of France, Switzerland, Luxembourg and the Netherlands, the worst affected areas were West Germany, where more than 50 casualties have been reported in the state of Rhineland-Palatinate and 43 in the state of North Rhine -Westfalia. In Belgium, the toll was 14.

More victims are feared as floodwaters drain into the devastated region and clean-up and rescue operations intensify. Around 900 army soldiers have joined rescue teams in Germany, with some 1,300 people still reported missing.

Authorities, however, said efforts to contact them could be hampered by disrupted roads and telephone connections.

Damage to Pepinster after the outbreak of River Vesdre

River water churned through the Belgian town of Pepinster, near Liège, as a police helicopter flew over the city as an emergency worker descended onto flooded streets below.

Damaged buildings could be seen along the river bank.

In a tentative count, the Belgian death toll has risen to 12, with five people still missing, local authorities and the media reported early Friday morning.

“We have experienced droughts, heavy rains and floods for several years in a row, including in our state,” he told the Funke media group. “The climatic possibilities are no longer abstract. We are experiencing it closely and painfully. “

He accused the center-right Union bloc of Laschet and Merkel of hampering efforts to achieve further greenhouse gas reductions in Germany, Europe’s largest economy and a major emitter of global warming gases.

German Chancellor Angela Merkel, on a visit to Washington, DC, expressed her shock at the extent of the floods and said: “I cry for those who have lost their lives in this disaster.” He said the death toll is likely to rise further. “We still don’t know the number. But there will be many ”.

Speaking at the White House, Merkel said the day “was characterized by fear, despair, suffering, and hundreds of thousands of people suddenly faced catastrophe.”

“My heart goes out to all those who in this catastrophe lost their loved ones, or who are still concerned about the fate of the people who are still missing,” he said. 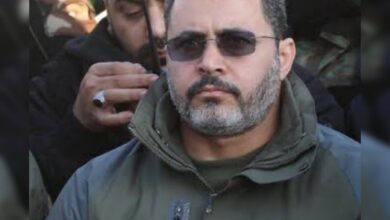