Hyderabad: In a tragic incident, five students of a madrasa in Amberpet along with their teacher drowned in Errakunta Cheruvu in Malkaram village of Jawaharnagar in Medchal district of Telangana.

A group of students along with their teacher had gone to Malkaram to attend a function of a relative of the teacher in the morning. Around 12 noon, when the function was going on, the children went near Errakunta Cheruvu to play and got into the village tank.

“Five children drowned in the tank. Other students who were watching them alerted their teacher who rushed to rescue his students, eventually he too drowned in the tank,” said Station House Officer (SHO) Jawaharnagar police station, Chandrasekhar.

On information from the villagers, Jawaharnagar police rushed to the spot and with the help of local swimmers brought the six bodies out of the lake. The bodies have been shifted to Gandhi Hospital.

A case has been booked and an enquiry is underway.

Over 1,000 zebras, elephants and wildebeest die after Kenya drought

“No One Above Law”: Telangana Minister Back From Dubai After Raids In Mining Case 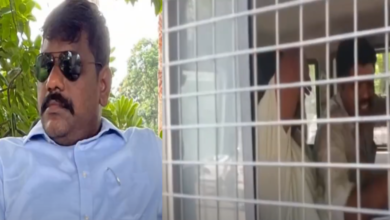 High drama as wife catches cop with another woman in Hyderabad