Hyderabad: Quick response from a Railway Protection Force constable saved the life of an elderly woman at the Secunderabad Railway Station here on Friday.

A video of the incident, which has since gone viral on social media, shows the elderly woman, identified later as Naseema Begum, running to board a train that had already started moving.

As she tries to jump on to the train, she slips and gets caught between the train and the platform and begins to get dragged by the moving train.

Fortunately, RPF constable Dinesh Singh, who was walking by, saw her and reacted quickly and pulled her back on to the platform. Singh’s quick reflexes saved Naseema Begum’s life, with the video showing other people who gather helping her to her feet and she slowly walking.

RPF officials said Singh’s daring act was appreciated by the woman passenger and others. 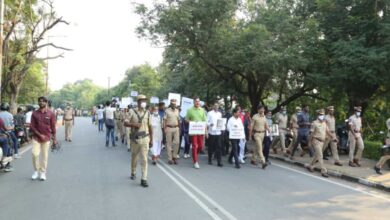 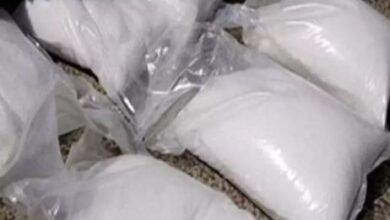