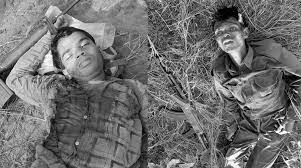 Hyderabad: Three relatives of ACP died in an accident at ORR