A veritable buzz in the background competes with Rashid’s voice as he narrates over the phone his ordeal of being arrested and jailed for marrying a girl he loved; a Hindu girl. “The relatives have come to see us,” he tells. The sense of relief is palpable—both in his voice and in the background energy but one cannot miss the linger of grief in his tone while he speaks, “The baby was going to be the first born of the generation and we had a lot of dreams for him/her,” he says, dejected and wistful.

While in jail, unaware of what Muskan was going through outside, Rashid had only one fear. He really hoped that Muskan (earlier Pinky) would testify in his favour and not against him, caving in the face of “pressure” like her mother had, when she had got him and his brother Salim booked for forcing Pinky to convert to Islam, after the Bajrang Dal’s relentless coercion. His fears were proved wrong when he was released. The fear of being marauded by Hindu right wing groups like the Bajrang Dal has not evaded him yet.

Rashid and Pinky had gotten married in Dehradun in July, during the lockdown, after knowing each other for two years. When the families got to know about their marriage, like most interfaith unions, there was opposition, though entirely from Pinky’s side. But there was never an intention to turn the opposition into a legal battle. The couple, on the other hand, had taken things in their stride and were looking forward to happier times. Rashid’s large family had accepted them with open arms and a baby was on its way. Their journey, up till December 5, had been free of any kind of ‘force’—the operative word in UP’s ‘Prohibition of Unlawful Conversion of Religion Ordinance’ under which Rashid and his brother were booked, before being released on absence of a befitting case against them.

The family blames the Bajrang Dal entirely for making Muskan’s mother press charges. Rashid’s mother, who was also present at the Kanth police station that night, recalls how the outfit had called Muskan’s mother up and on learning that she had no means to come, sent for her and brought her at midnight from Bijnor to Moradabad, despite Muskan maintaining that she had married much before and had converted willingly.

“How can they pressurise someone like this? Are they above the law?” Muskan says, her voice carrying equal parts of pain and anger. She was about to end her first trimester when the Bajrang Dal caught a whiff of her marriage, on what she suspects, was a tip from her own lawyer, Deepak Vishnoi, who was helping the couple with their marriage registration.

According to both Muskan and Rashid, on the day they were to get their marriage registered, they reached the registrar’s office where the lawyer told them about the new law and advised them to file an application with the DM and continue the process thereafter. Rashid reasoned that they had married much before the law had come into being, but the lawyer asked them to come back in the evening. On their way back, they were met with Bajrang Dal workers, triggering a turn of events panning out over two weeks of intimidation, forced jail time and the unfortunate miscarriage.

Up till now, the young couple had ensured to keep love above religion. It almost did not even require any effort, the way they put it. When Pinky converted to Islam, was she hesitant? “Doesn’t the person remain the same? He could be professing any religion,” she says. Displaying such an ease while dissociating love from religion, the cry of ‘Love Jihad’ baffles them. What has baffled them more is the fact that an outfit’s stance was given precedence over their own statements while applying the law to their marriage.

“It was us who had gotten married but nobody was ready to listen to us. Only the Bajrang Dal was being heard,” Muskan says.

The viral video of the outfit’s men misbehaving with Muskan caught Rashid’s attention only after he was released.

“The men were heckling a lady inside the police station and the police was watching !” Rashid says, expressing his disbelieve. “Is the police so scared of the Bajrang Dal?”

“Where are they when Hindu and Muslim girls are raped? They should go and stop these crimes from happening. Instead, they are stopping marriages from taking place,” he says of the outfit.

Muskan, still recovering from the mental and physical trauma of losing her child, has not spoken to her mother about her miscarriage. Neither has her family reached out to her. She, however, says it could be because they only had her contact number and she had sold her phone to pay the lawyer his fees as the couple was falling short of money. The same lawyer, who she alleges, did not help when the Bajrang Dal was unleashing itself upon her family, and has remained out of reach ever since.

Rashid’s mother espouses an admirably secular outlook. “I have many Hindu connections, I do not consider religion a factor while choosing friends,” she says. She recounts how after the arrest of her two breadwinning sons, it was her neighbours who extended help in taking care of her three little daughters—all aged less than 10, how marriage to a Hindu girl had never been a concern for the neighbourhood or her relatives before a religious outfit made it into one. The neighborhood, however , has continued to support them.

The family now says it wants justice. Though it is not too sure, how. Rashid says they may consider filing a complaint against the outfit, but only after Muskan gets back on her feet. The 22-year old has become terribly weak. Rashid’s mother, however, does not shy away from asking for justice for the miscarriage, calling it a “murder” and hinting at a conspiracy.

“They killed our child before he could be born. They should not have done that. It pains us and this is what we want justice for,” she says. She elaborates that her daughter-in-law had been fine before and not even once had she given her achance to take her to a doctor during the three months of pregnancy.

Muskan lets you draw your own conclusion while narrating what happened to her at the care home and the hospital, that her complaints of pain went unheeded by the shelter home for days before she was finally taken to the hospital on December 11. She says an injection administered to her had caused her bleeding and both ultrasound reports had not been shared with her. That it was only after her mother-in-law got an ultrasound conducted at a private laboratory, that they could conclude that there there had been a miscarriage.

The couple has been daunted but their faith in love stays strong.

“Bekaar hai yeh Love Jihad; afwaah hai. Kitnon ko rokegi sarkaar (This uproar over Love Jihad, as it is called, is all futile. It is only a rumour. How many people is the government going to stop (from falling in love and marrying)?” 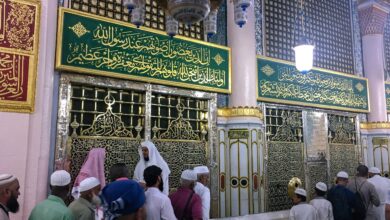 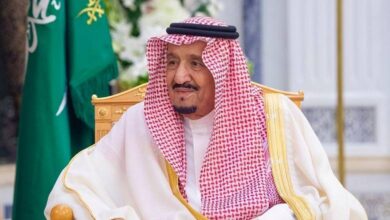 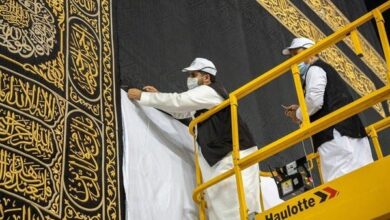 The Kaaba receives a new Kiswa to commemorate Eid al-Adha 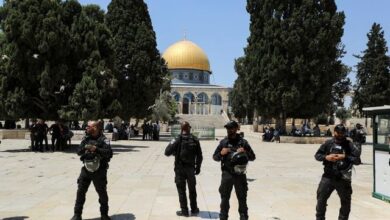