Hyderabad: Workers of the Telangana Congress on Tuesday staged a protest in front of the state Director of Public Health and Family Welfare G Srinivasa Rao’s office against the deaths of women after sterilisation treatment at a government hospital in Ibrahimpatnam, Rangareddy district and demanded justice for the deceased’s families.

They were detained and were moved to the Sultanbazar police station.

The state government announced the formation of a commission to investigate the matter.

G Srinivasa Rao, Director of Public Health, told the media on Tuesday, August 30, that a committee of specialists led by him will present a report to the government in seven days.

Protests took place in Ibrahimpatnam over allegations of medical neglect, and the state government announced ex gratia of Rs 5 lakh and a 2BHK property under the government’s housing project for the deceased’s families. According to the DPH, the government has also offered to cover the costs of the deceased women’s children’s education at government residential schools.

Following the event, the CHC Superintendent, Ibrahimpatnam, has been put under lifetime suspension and the surgeons’ temporary suspensions were enforced. The State government has also ordered a probe, and Dr. G Srinivasa Rao, DPH, is in charge of it.

“The remaining 30 women who had DPL at the sterilisation camp are stable. We have transferred a few of them to the NIMS hospital as a precautionary measure, and we are constantly monitoring their health. The sterilisation camp is a routine activity where skilled medical professionals perform DPL, tubectomy, and vasectomy operations. The surgeons who performed the operations had extensive training,” the DPH informed.

According to Dr Srinivasa Rao on Tuesday, “The situation is unquestionably an aberration, and we are investigating the precise causes that contributed to the four fatalities.

The DPH further explained that these camps are regularly held throughout Telangana each month and that many ladies volunteer to get their sterilisations done there.

Srinivas Rao stated that this was the first such incidence since Telangana was formed in 2014. He said that since the total fertility rate (TFR) in Telangana and other south Indian states fell below the replacement level of 2.1 children per woman in 2016, the state government has stopped taking a targeted approach to family planning and has stopped conducting sterilisation procedures in camp mode. People can, however, visit fixed-day sterilisations at recognised health facilities on a predetermined date, he said. In recent years, the state has undertaken approximately 1.5 lakh sterilisation procedures per year on average, with 1,10,214 procedures performed in 2021-22. 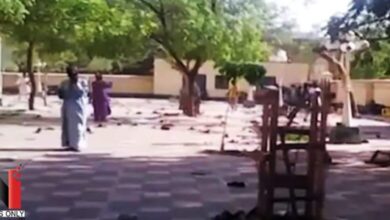 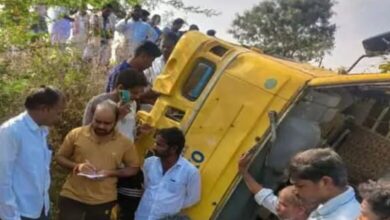